History of the Malaga congregation

The City Beach congregation was established in the mid-1960s in the western suburbs of the city of Perth. After initially meeting in rented premises at the Floreat Forum shopping centre, the congregation built premises on a block of land near the ocean at City Beach. Although at the time the suburb was largely undeveloped, as a beachside suburb only 15 minutes from the centre of the city, City Beach has now become prime real estate and the church building was surrounded by million dollar homes.

The Darling Range congregation was established in the early 1970s in the eastern fringe of metropolitan perth. After initially meeting in a house on Great Eastern Highway the congregation built a modest church building on a block of land in Greenmount. 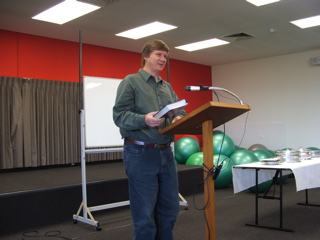 After considerable discussion the City Beach and Darling Range congregations of the church of Christ combined to form a new congregation that would meet in rented premises at the Mount Lawley Sports & Fitness Centre. The first meeting of the new congregation was held on 14 August 2005.

Many reasons can be given for the two congregations to come together to form one combined, united congregation. Here are a few:

"Encouraging one another even more"
In Hebrews chapter 10 verses 23-25 we can read this:
Let us continue to hold firmly to the hope that we confess without wavering, for the one who made the promise is faithful. And let us continue to consider how to stimulate one another to love and good deeds, not neglecting to meet together, as is the habit of some, but encouraging one another even more as you see the day coming nearer.
Some of us see this as a powerful encouragement to get together with brothers and sisters to encourage each other whenever it is possible to do so. These days the road system in Perth means that distance is no longer as much of a barrier to people living in different parts of the city coming together. 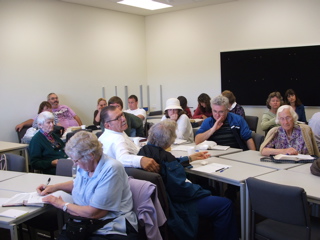 Being wise stewards of the resources we have
For some time there had been a feeling in the two congregations that we were not doing enough, effectively enough. However we continually ran up against limits in the number of people available to do the work that needed to be done, and the time they had available to do it. Much of the work being done in each place was also being done in the other. We hoped that by coming together and combining resources we can be more effective in the things we are already doing as well as begin to work effectively in areas we have not been able to cover separately.
"Longing to see you so that I might be filled with joy" (2 Timothy 1:4)
In recent times many close attachments have been formed between brothers and sisters in the two congregations. We wanted to see more of each other.
City Beach was moving anyway.
The City Beach congregation had already decided to relocate. The property at City Beach was no longer considered as the best place for us to meet, being difficult to reach by public transport, in an area unreceptive to the gospel and not central to members. It had been decided to sell the property in City Beach to use the resources tied up in what had become prime real estate more effectively for the Lord. As there has been a close working relationship between the two congregations in recent years it seemed fitting to the City Beach congregation to invite the Darling Range congregation to join them in a new venture. (Rather than being a real reason for getting together, this just precipitated things so that the other reasons came together at that time rather than at some other time.) 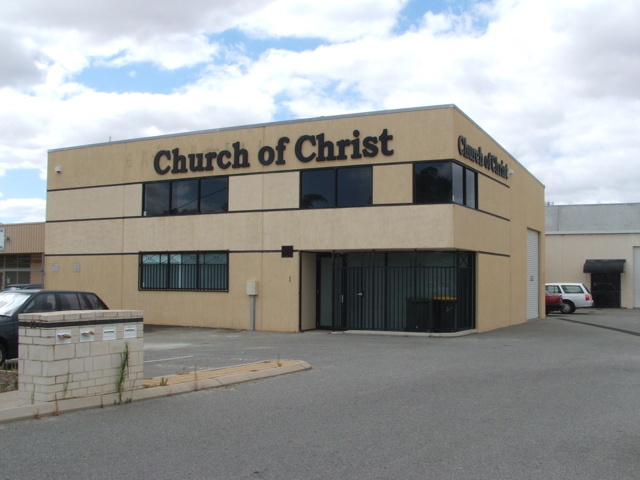 For various reasons the Westchurch congregation that was meeting at Churchlands High School decided to combine with the Malaga congregation, and most of the members of that group have been meeting with us since October 2012.

In May 2013 the congregation moved to new premises at 66 Westchester Rd, still in Malaga, having outgrown the Townsend Street property.